The new study shows that the rings in lowland tropical cedar trees provide a natural archive of data closely related to historic rainfall.

Researchers measured the amounts of two different oxygen isotopes trapped in the wood's rings: oxygen-16 and the heavier oxygen-18. By looking at the varying amounts of the two isotopes, they could see how the pattern of rainfall changed year by year. This allowed them to see how much it rained over the Amazon basin over the past century.

The lead author of the study, Dr Roel Brienen from the School of Geography at the University of Leeds, said: "We already knew that some tropical tree species form annual rings and we also anticipated that the isotopic signature in these rings might record changes in the climate.

"What surprised us, however, is that just eight trees from one single site actually tell us how much it rained not just at that site but over the entire Amazon catchment. That is an area about 25 times the size of the UK. The isotope values recorded in tree rings were very closely related to annual variation in the river levels of the Amazon, and thus of the amount of rainfall that flows into the ocean."

Co-author Dr Manuel Gloor, also at the University of Leeds, said: "Climate models vary widely in their predictions for the Amazon, and we still do not know whether the Amazon will become wetter or dryer in a warmer world. We discovered a very powerful tool to look back into the past, which allows us to better understand the magnitude of natural variability of the system."

"In a similar way that annual layers in polar ice sheets have been used to study past temperatures, we are now able to use tree rings of this species as a natural archive for precipitation over the Amazon basin. If we find older trees with similar signal strength then this will greatly help us to advance our knowledge of the system."

Dr Brienen added: "The record is so sensitive that simply from the isotope values we can say which year we are looking at. For example, the extreme El Niño year of 1925-26 which caused very low river levels, clearly stands out in the record."

Although the century-long record provided by the trees is relatively short, some interesting trends are evident.

"The oxygen isotope series shows an increase over time, which may be due to an intensification of the hydrological cycle," said Dr Gloor. "That could also explain the observed long-term trend in river discharge. We need however to replicate this research at different places in the Amazon to really be able to say more."

The research is a collaboration between the University of Leeds, the Helmholtz Centre Potsdam (Germany), University of Utrecht and the Institut de Recherche pour le Developpement (IRD, Peru). Funders for the project included the UK Natural Environment Research Council (NERC) and the US-based Gordon and Betty Moore Foundation.

Materials provided by University of Leeds. Note: Content may be edited for style and length. 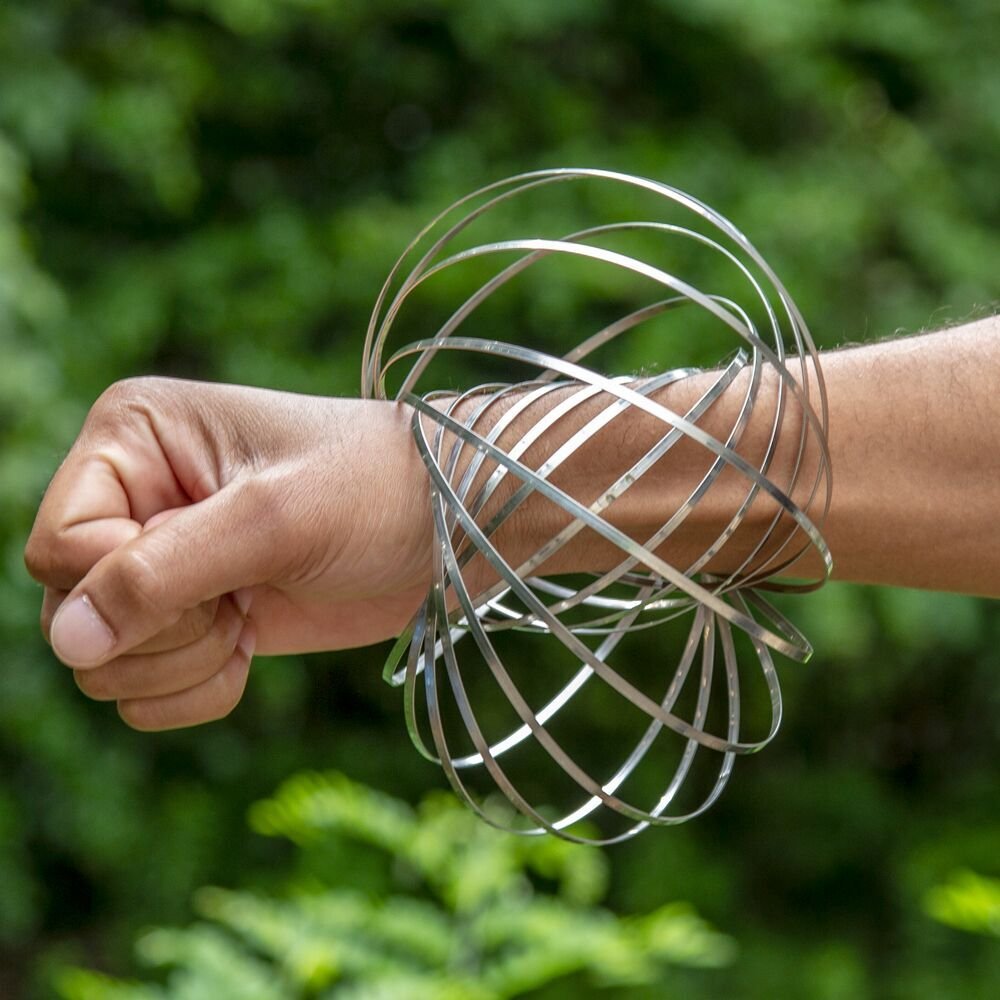 Our Flow Ring is made of a single strand of metal that is easily collapsable and lightweight. To use it, flatten your Flow Ring. Spring it open with a solid tap of your open palm. Let it glide down your arm, and pass it to your friends by interlocking hands. To close your Flow Ring, press down on the top and twist 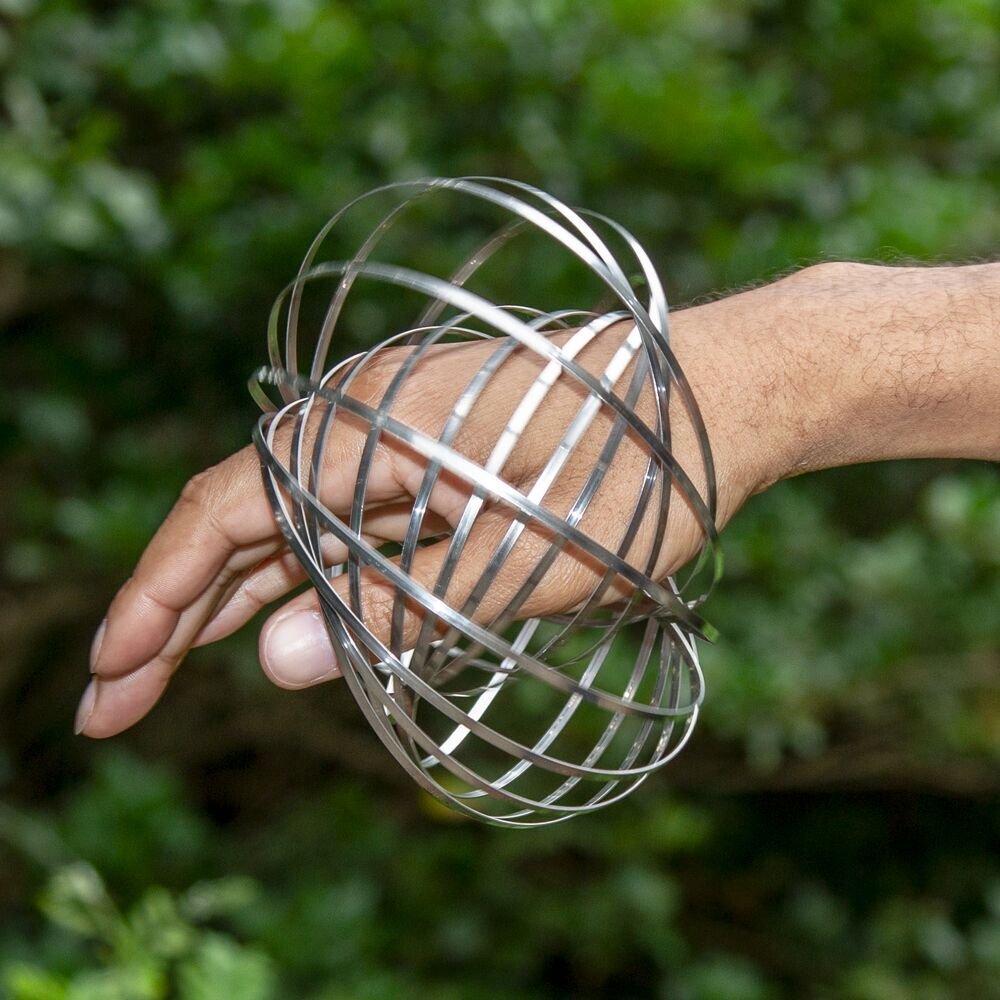 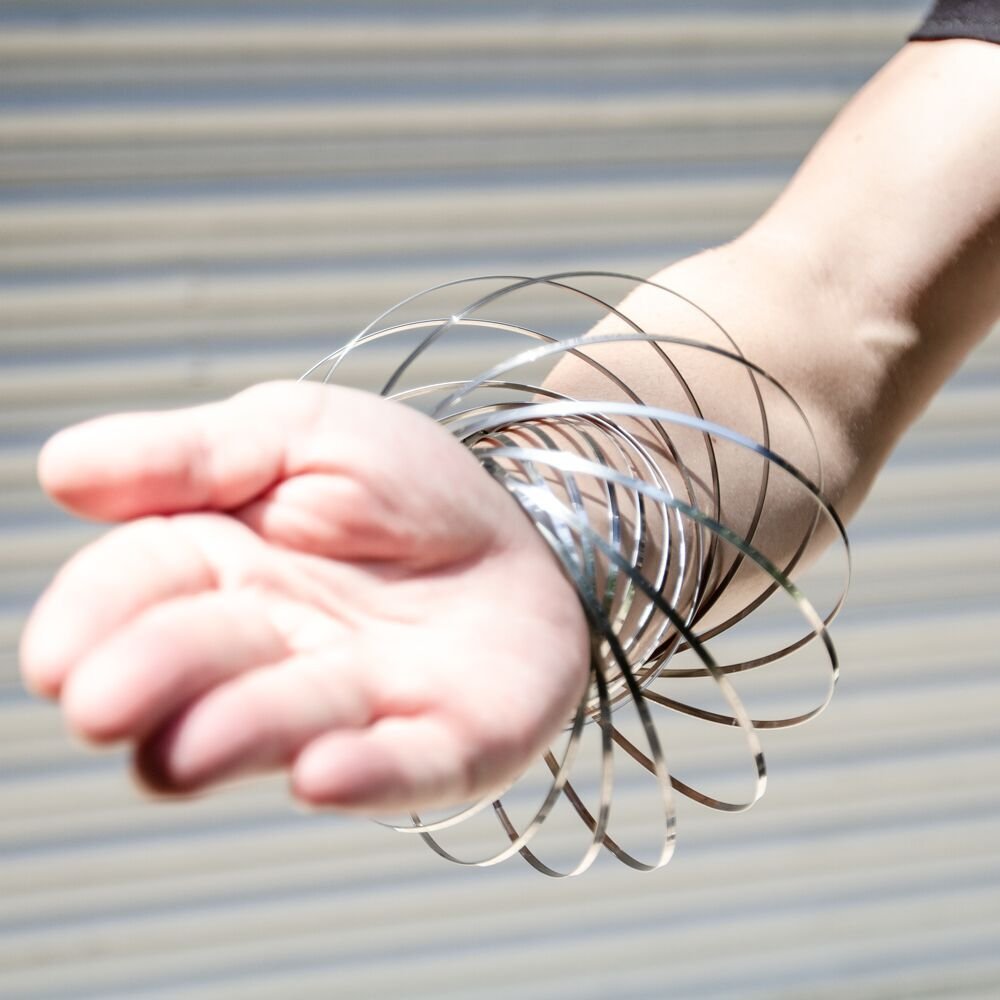 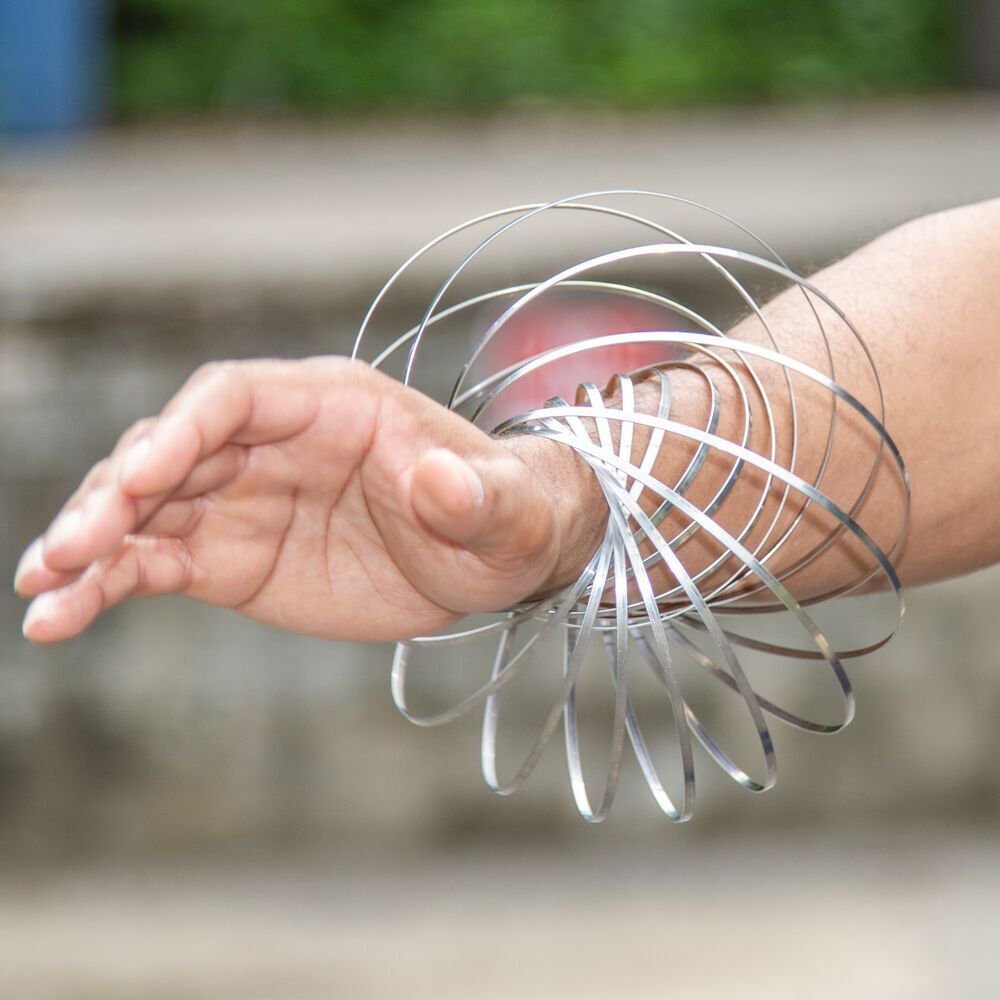 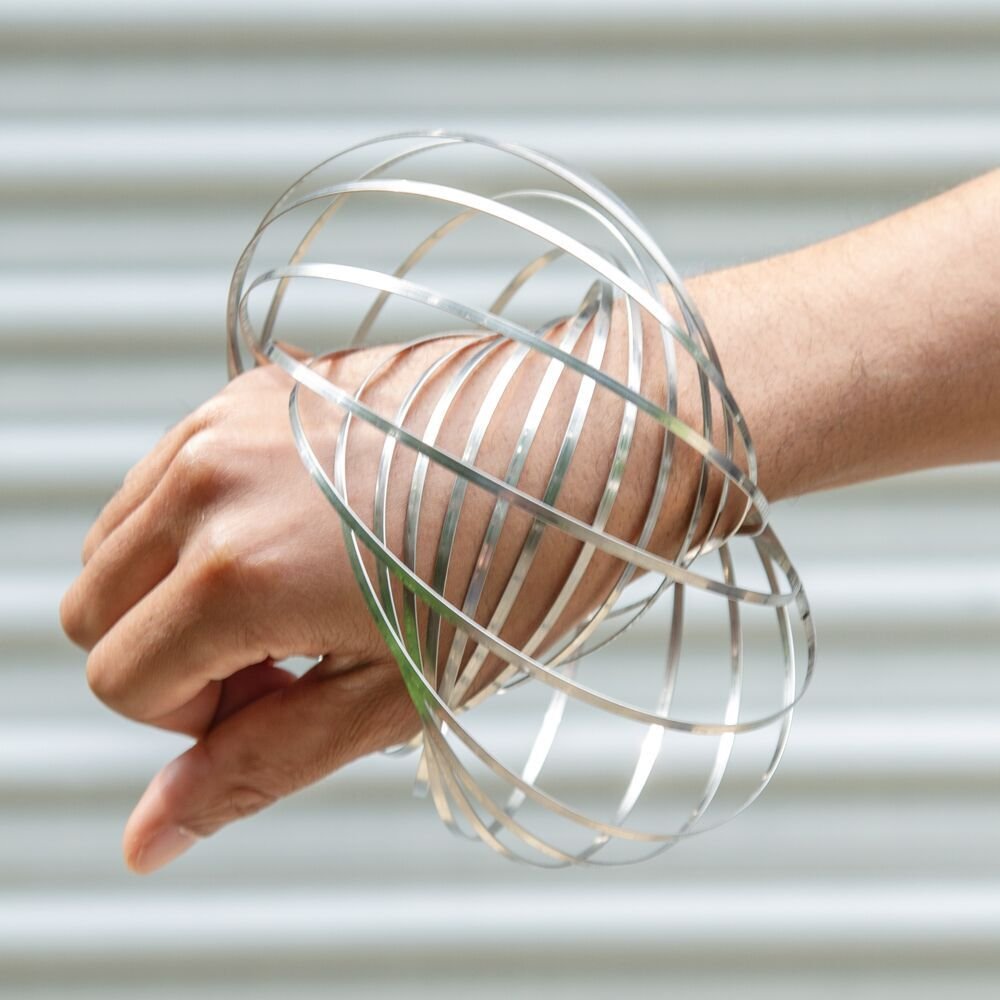 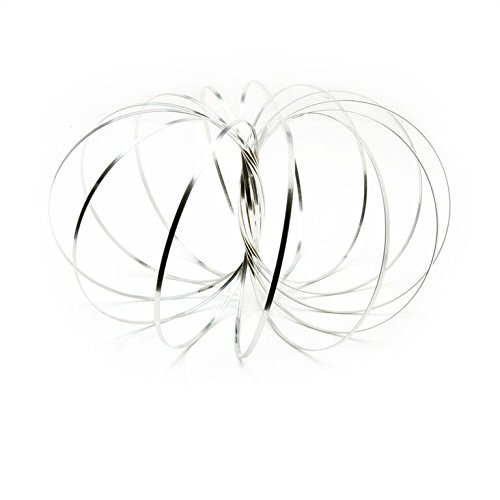 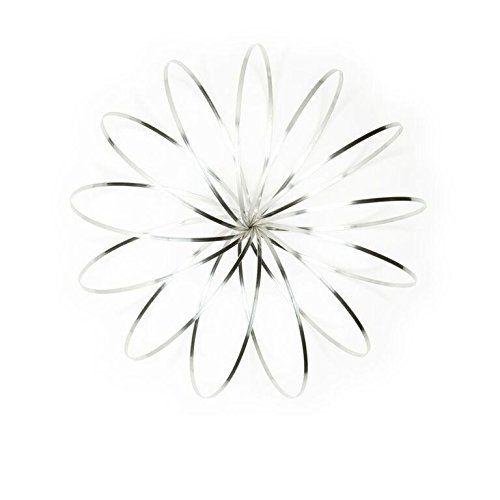 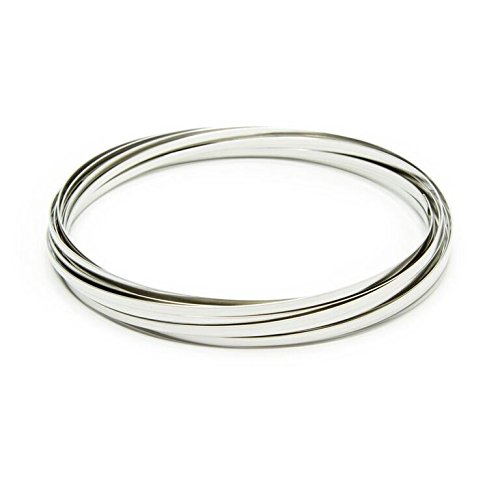 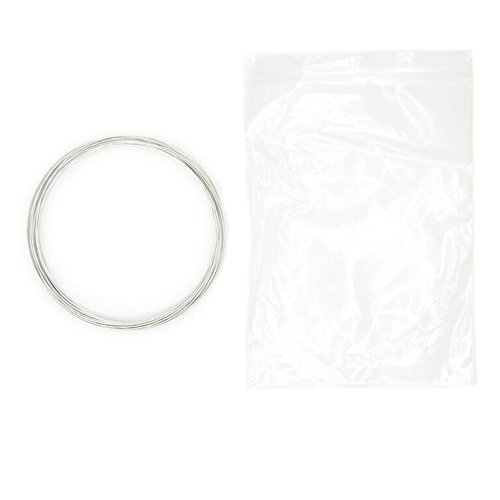 overall bvr rating based on 359 reviews

need help? don't see what you are looking for?

let us know and our team will start working on your favorite product or category as soon as possible. meanwhile let us help you search for them on amazon.

need help? don't see what you are looking for?

let us know and our team will start working on your favorite product or category as soon as possible. meanwhile let us help you search for them on amazon.

[LONG- LASTING COLOUR]- With the high-quality electroplating technology the flow ring could be protected from color fade for long time. [MULTIFUNCTIONAL INTERACTIVE TOY]- To have fun with your friends through transferring it to your friends arm. To some extent it could reduce your anxiety stress & anger. Manufactured by HAS HAPPINESS AND SURPRISE. [PLEASE ATTENTION]- There is no sharp edges. If you didnt play it with a weird way it will be harmless. But children under the age of 8 adult supervision required. [SIZE]- When it was folded the product dimension: 5.6X6.3X0.6 in. 5.2 inch diameter flat. Package detail: 1* flow ring. [HIGH QUALITY MATERIAL]- Compared with others flow rings our 3D sculpture ring was made of high quality 304 stainless steel. Uneasily to break.

1. What is your best price for this product?

The price is negotiable. Different quantity with different price. When you are making an inquiry, please let us know the quantity you want.

2. What's your MOQ? Can I mix styles and colors?

Our factory accept small quantity for test orders. If you have to mix styles and colors, the price may be slightly higher than that of one color one model.

3. How can i get a sample to check the quality ?

After the price confirmed, you can require for samples to check our quality. Factory stock samples, we can offer for free but freight collect. for OEM samples, we will charge for the sample cost, but sample cost refundable after order confirmed.

4. What is your packing based on the price you quoted?

The price we quoted is based on opp bag or box that we normally use. Of course, customized packing is accepted.

5. Can we mark our own logo on the products?

Yes, we can make the logo for you. If you have to print or mark any logo, please let us know so we can quote the cost for you

6. What about the warranty?

We are very confident in our products, 100% QC inspection before shipment. But to avoid any subsequent trouble regarding quality issue, we suggest that you check the cargo once you receive it, and let us know the details if there is any damaged ones, so that we can deal with it accordingly and immediately. More, defective/damaged products are free for replacing in 3 months.